Paving the Road to Electrification – are we there yet? 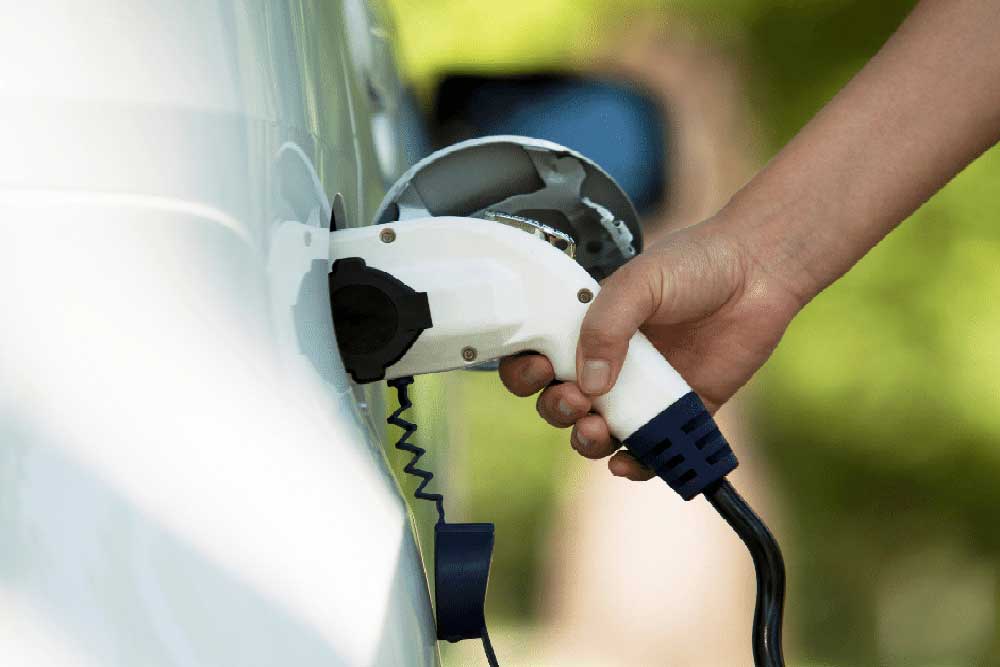 If you are like many automotive consumers, you have probably wondered when electric vehicles (EVs) will garner widespread adoption and finally replace their petroleum-powered counterparts once and for all. We know the technology is there – check. We see the interest is there – check. Realistically though, we still have many miles to go before the infrastructure to power them is viable. Automotive public relations expert Michael Szudarek from Marx Layne & Company offers some perspective on the matter.

According to IHS Markit, a world leader in information, analytics and solutions, EV sales reached nearly 2.5 million globally in 2020 and are predicted to rise by 70 percent in 2021, with China and Europe leading market share, followed by the United States. EV sales are forecasted to exceed 3.5 million annually, with about 18.7 million available by 2030. BloombergNEF predicts that by 2040, nearly 60 percent of passenger vehicles sold worldwide will be electric. As EVs – both battery-electric (BEVs) and plug-in hybrids (PHEVs) grow in popularity, so must the infrastructure that supports them.

Last year, public charging stations surpassed the one million mark globally, while General Motors announced plans to build a nationwide EV charging network to align with their BEV market strategy. Then there is Electrify America, a Volkswagen subsidiary, which recently completed an ultra-fast, cross-country charging network for all brands and EVgo, the nation’s largest public EV fast-charging network powered by 100% renewable energy. More recently, Szudarek discussed the EV outlook under the new Biden Administration, noting the president’s ambitious pledge to deploy charging stations at scale by the end of 2030. Even though we see an upsurge in charging ports, there are still enormous challenges facing electrical infrastructure development across the country.

With the upcoming wave of EVs expected to skyrocket, more people will depend on electricity to power their vehicles, which could challenge grid capacity. Utility companies will be a significant player in supporting the future growth of charging networks and safeguarding their potential strain on the electrical grid.

Will the increased demand for electricity tax the system? The short answer is no. Over time, the power grid has evolved and can handle the added load. Believe it or not, there is enough spare capacity to accommodate the influx of EVs. According to fueleconomy.gov, an average EV requires only 30 kWh per 100 miles traveled – similar to the daily average electricity consumption for an American home (877 kWh / 30 days.) By 2040, EVs are expected to increase electricity demand by just 5.2 percent or 1,964 TWh globally.

Of course, energy consumption fluctuates throughout the day, especially during peak charging hours. Suppose every EV owner decides to plug in at the same time. In that case, there is a possibility – albeit small – that the grid could crash or force utility companies to deliver more electricity than they can produce. To mitigate this risk, utility companies are exploring many options like smart charging programs, time of use rates, and vehicle-to-grid technology, supporting renewable energy goals.

EV infrastructure is not just for sprawling metropolises. Utility companies, policymakers, charging station developers, and other stakeholders need to invest network dollars in more rural areas. Electrify America has already invested $2 million in solar EV chargers in rural California – further supporting renewable energy initiatives as these charging stations will not depend on the electrical grid. These solar chargers not only address the lack of existing electrical infrastructure typical in many remote locations, but they are mobile. They do not require the same construction that other charging infrastructures require, hence reducing costs.

Yet, as rural areas gear up for more charging station deployment, there are other concerns, though.

Many would-be consumers still have trepidations over EV range and the lack of available charging stations in general, especially drivers who travel longer distances indicative of rural area living.  While increasing the number of rural EV charging stations could help alleviate these fears, finding locations where drivers can wait for their vehicles to charge, e.g., shopping centers and restaurants, could pose additional adoption barriers.

Now cross the ocean to Africa, whose economy is predominantly agricultural and subsistence farming. As the leading continent in terms of global urbanization, there is a massive opportunity and dire need for Sub-Saharan African countries to invest in alternative transportation solutions, like EVs, to combat petroleum dependency and help curb the impact vehicle emissions have on air pollution, health and climate. Many African countries also need a power solution to help leverage their abundant renewable resources, and EVs could be the answer.

EV infrastructure viability in Sub-Saharan African countries needs more research. A reliable power supply and low electricity prices are paramount and could pose issues since blackouts are commonplace and electricity prices are twice that of the US and China. There are also environmental concerns around battery production and disposal.

The truth is: the internal combustion engine (ICE) is not disappearing any time soon. So, when will ICEs phase-out, and EVs become the new norm?  No one knows as the global pandemic keeps the industry in suspense.